You may not have known this, but some pretty famous people have called Lebanon, Indiana home. Artists, actors, performers, racecar drivers, and arguably the greatest to ever shoot a basketball, have all spent significant time here. Please, take some time, and scroll down to take a closer look at “Lebanon’s Famous Faces.” 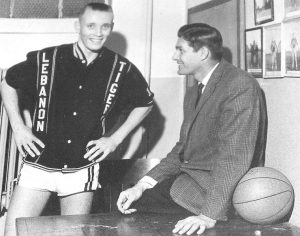 Born in Lebanon on January 5th 1947, Rick Mount attended Lebanon High School, and became the first high school athlete to be featured on the cover of Sports Illustrated, Mount went on from high school to play basketball at Purdue University in West Lafayette. During Mount’s senior year, he broke NCAA Division I record at the time with two 53-point games and a 61-point game against conference champ Iowa. Mount left Purdue as school’s then all-time leading scorer with points reaching 2,323 throughout only three varsity seasons, making the Big Ten scoring record. After leaving Purdue, Mount went on to play in the American Basketball Association (ABA), where he was in the top league in three-point shooting, averaging 11.8 points a game and ending his career with a total of 3,330 points. Mount played for the Indiana Pacers through 1970-1972, the Kentucky Colonels through 1972-1973, the Utah Stars through 1973-1974, and finally ended his professional career due to a dislocated shoulder as one of the Memphis Sounds through 1974-1975. Mount returned to retire in Lebanon to live with his wife Donna Mount, and now has his own shooting at Rick Mount Shooting School in Fort Wayne. In recent days, I-65 from Lebanon’s first exit to its third has been designated Rick Mount Highway. 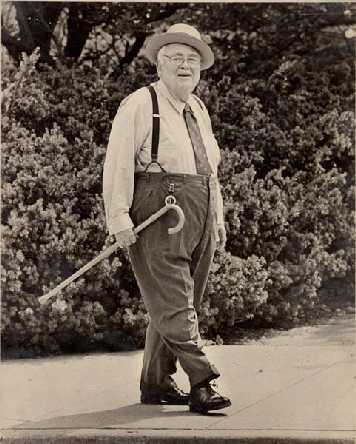 Voted “funniest” and “best-all-around-boy,” Herman B. Wells graduated Lebanon High School in 1920 where he was involved in the school’s newspaper, theater productions, various fundraisers, and followed in his father’s footsteps, acting as treasurer of the high school’s yearbook. Initially, Wells was enrolled at the University of Illinois at Urbana-Champaign in 1920, but transferred Indiana University in Bloomington in 1921 when he began his sophomore year. Wells was active in his student life, played in IU’s band, pledged Sigma Nu fraternity where he served as the chapter’s treasurer and was eventually elected as his chapter’s president in his senior year. Wells began his 70-year career at IU in 1930, being lead to an assistant professorship in economics in 1933 as a result of his position as instructor. Come 1935, IU president, William Lowe Bryan, appointed Wells as dean of the School of Business Administration. Wells eventually succeeded Bryan as IU’s president in 1937, becoming the youngest state university president in the nation. Wells spent 25 years as the president of IU, where he set out to attract only the brightest scholars. Wells focused mainly on bolstering the university’s science programs, attracting notable scientists such as Noble-Prize winning geneticist Hermann J. Muller and behavioral scientist B.F. Skinner, but also advanced the university’s arts program. Wells retired as IU’s president in 1962 and went on to work as IU’s chancellor, a position made by the IU board of trustees just for him.  Along with writing his biography, Being Lucky: Reminiscences and Reflections, Wells has received numerous tributes, including The Herman B Wells Scholar Program which provides four-year academic scholarships to selected IU students, The Herman B Wells Senior Recognition Award which is given to an IU senior who serves as a strong leader on campus, a bronze statue of him at IU’s South Bend

campus, as well as many others. You can learn more about the life of Herman B Wells on Indiana University’s Digital Wells page: http://www.indiana.edu/~wells/ 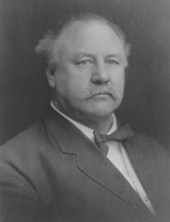 While a Lebanon resident, Sam Ralston was elected Indiana’s 28th governor, serving in the office from January 13th, 1913 to January 8th, 1917. Ralston is often referred to as “Indiana’s Centennial Governor,” because he served during the state’s 100th anniversary. Ralston was elected to the United States Senate from Indiana, defeating Albert Beveridge in 1922. In 1924 Ralston was thought to be the Democratic presidential nominee, but for reasons unknown at the time, he dropped out of the race just before the national convention. It was later revealed Ralston’s failing health was the reason. His worsening health led to his death on October 14th, 1925. He was buried in Lebanon, in Oak Hill Cemetery.

Sam Ralston was born on December 1st, 1857 near New Cumberland, Ohio. He grew up in Owen County, Indiana, before moving to Lebanon and opening up a law practice in June of 1886. Ralston became known as one of the preeminent lawyers during that time, primarily representing businesses. 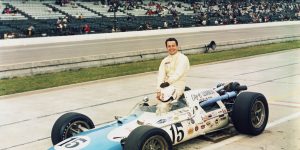 Known as the “King of the Midgets”, from his hometown of Lebanon Indiana Mel Kenyon is a former midget car driver considered by Motorsports Hall of Fame of America as “midget car racing’s greatest driver ever.” After racing modified stocks in 1955, Kenyon began his fruitful career in midget car racing in 1958. In 1964, Kenyon finished fifth in the USAC National Midget championship points. In 1963, Kenyon won the Turkey Night Grand Prix and finished second in the 1963 USAC championship points. In 1964, Kenyon won his first USAC Midget Racing championship. Following a tragic accident in the Langhorne Speedway in Pennsylvania on June 20th, 1965, Kenyon lost control of his car and was crashed into by two other racers. Kenyon suffered severe burns and had to undergo multiple operations as well as losing all of his fingers on his left hand. But that didn’t keep Kenyon down. Along with his brother, Don Kenyon, and father, Everett Kenyon, the trio designed a special glove that allowed Mel to continue racing by hooking it on to the steering wheel. This was the birth of a racing team consisting of the three of them called 3-K Racing. Returning to racing in 1966, Kenyon had twelve first or second-place finishes and went on to qualify for his first Indianapolis 500, in which he finished fifth. Kenyon continued his career of midget racing, winning 17 of 49 features claim the National midget title in 1967, finishing third in the 1968 Indianapolis 500 (in a car sponsored by Lebanon, no less), fourth in the 1969 Indianapolis 500, and again fourth in his last Indianapolis 500 in 1973. In the end, after he was inducted into the Motorsports Hall of Fame in 2003, Kenyon finished his career with seven USAC National Midget championships, had 111 feature wins, 131 seconds, 107 thirds, 81 fourths, and 69 fifths in USAC National midget races. Kenyon competed in eight Indianapolis 500 races and 65 USAC championships. In his name, the Indianapolis Raceway Park hosts the annual “Mel Kenyon Classic” midget car race. 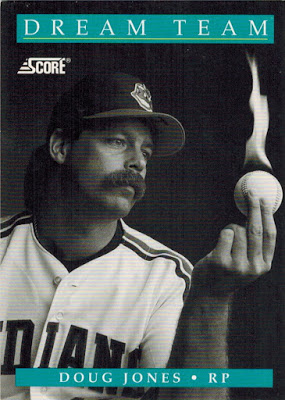 Graduate of Lebanon High School, Doug Jones, also known as the “Sultan of Slow”, was a Major League Baseball pitcher known for his slow change-ups that would confuse batters and make them whiff entirely. After graduating, Jones was drafted by the Milwaukee Brewers, spending ten years with them in the minor leagues (due to a re-occurring shoulder injury) until he was picked up by the big leagues Cleveland Indians in 1988. He was later picked up by the Houston Astros in 1991, but not before he broke the Cleveland Indians’ save record with 129. Despite the fact he had his best ever season in 1991 with the Astros, Jones would move on to play with the Philadelphia Phillies in 1994, the Baltimore Orioles in 1995, the Chicago Cubs in 1996, and returned to the Milwaukee Brewers the year after that before he was traded to the Cleveland Indians for one season in 1998. Jones’ final two seasons in 1999 and 2000 were spent with the Oakland Athletics until he retired at age 43 as the oldest pitcher in the League in 2000. Jones retired with 303 saves, the 12th most in the MLB and pitched in five All-Star games. In 2006 he was nominated for the Major League Baseball Hall of Fame in 2006. Today, Jones resides in Tucson, Arizona as an assistant coach for the San Diego Christian College Hawks. 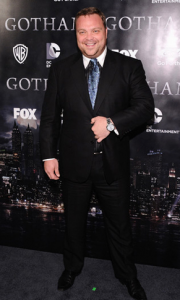 Drew Powell, born in Noblesville, Indiana in January 19, 1976, called Lebanon his home. Powell is an actor of no small talent, widely known for his roles as Hoss Cartwright in Ponderosa, Cadet Drew in Malcolm in the Middle, and, as a series regular, Butch Gilzean in Gotham. Powell graduated high school from Lebanon’s very own Lebanon High School. After graduating DePauw University in 1998, Powell headed off to Los Angeles where he wasted no time in auditioning for acting roles, eventually scoring his first acting role in Fox’s Malcom in the Middle, appearing on 11 episodes. Just under a year later, Powell scored yet another role in The Ponderosa (where he met his wife while shooting), a prequel to Bonanza. Afterwards, Powell acted in many other shows and movies alike, such as House, Psych, Starship Troopers 2: Hero of the Federation, and even voice-acting in popular video games Hitman: Absolution in 2012 and Grand Theft Auto V in 2013. Eventually, Powell found his way onto Fox’s ongoing drama Gotham in 2014, which features Gotham before there was Batman, as a series regular. You can find Powell’s official website by following this link: drewpowell.com 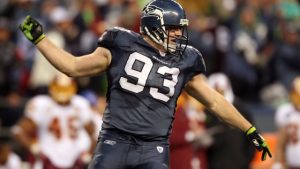 Born in Lebanon in 1980, Seahawks defensive tackle Craig Terrill played for the Lebanon Tigers football team during his high school career, even setting a record for sacks in a season with 27 sacks and being named First Team All-State his senior year. Terrill went on to play football as a Boilermaker at Purdue University where he earned Academic All Big Ten team honors in his 2000 season, when he became a starter. Afterwards, he went on to play for the Seattle Seahawks where he helped lead the Seahawks into their victory in the 2014 Super Bowl XLVIII. Terrill played with the Seahawks for seven seasons before retiring and returning to Lebanon, where he remains as an assistant coach for the Lebanon Tigers High School football team. 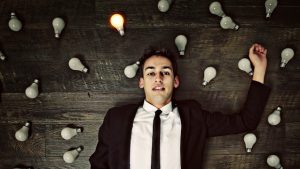 Born in Lebanon, Blake Vogt is a magician extraordinaire. Vogt has performed magic tricks since he was a child, entertaining kids at birthday parties to the millions of people on America’s Got Talent, where he made it all the way to the semifinals. According to his website, blakevogt.com, Vogt has created magic for the likes of David Copperfield, David Blaine, Dynamo, and many other top magicians in the world. Vogt has also consulted various movies on matters of visual amazement, such as Marvel’s Ant Man, Now You See Me 1 & 2. Vogt has performed on TV shows such as Wizard Wars on Syfy, Penn & Teller: Fool Us, and a few other shows. Even though he currently resides in Los Angeles, he has earned his spot as one of Lebanon’s Famous Faces. Visit Vogt’s official website at: http://www.blakevogt.com 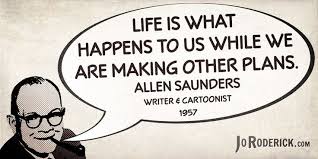 Everybody loves the little comic strips in the newspaper, and Lebanon native Allen Saunders was no different. Born in 1899, Saunders loved newspaper comics as a kid, and would practice drawing them relentlessly, so it’s no wonder he grew up to be a famous cartoonist and journalist. After graduating from Wabash College in 1920 and teaching French there for seven more years, Saunders took night classes at the Chicago Academy of Fine Arts where he drew editorial cartoons, wrote detective stories for magazines, made the single-panel Miserable Moments, worked in theaters and wrote plays.

While writing as a drama-critic for the News-Bee, Elmer Woggon, a friend at a rival newspaper, proposed a comic strip that he would draw to the Publishers Syndicate called The Great Gusto, but only if Saunders would do the writing. In 1936, the comic strip appeared in newspapers, marking the beginning of a very fruitful career for Saunders. In 1940, as the comic strip changed from being a gag piece to being an adventure strip, Saunders molded the strip into Steve Roper, which focused on an adventurous photojournalist. A year before that, in 1939, he took over writing Apple Mary when its original creator left, and turned that into Mary Worth’s Family. Come 1942, Saunders and Mary Worth’s Family renamed the comic strip into simply Mary Worth. Some other pieces written by Saunders include the police strip Dan Dunn, Kerry Drake, Duke Handy, his autobiography Nemo and many others.

Interestingly enough, Saunders is also attributed as coming up with the phrase “Life is what happens when you’re busy making other plans”. After retiring in 1979, Saunders remained active as the “Dean of American Continuity Strips” until he passed away on January 28, 1986, just five years after receiving an Inkpot Award in 1981.