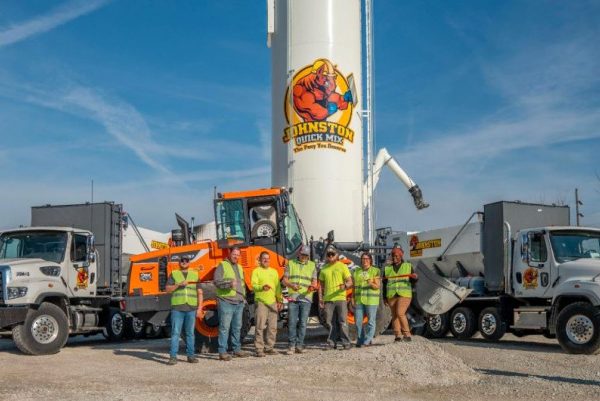 Johnston Quick Mix Inc., which recently relocated from Indianapolis to Lebanon, was born from the anticipated boom in demand for concrete following the passage of the federal infrastructure bill in 2021.

The company is a subsidiary of Indianapolis-based Mattingly Concrete Inc., which was founded in 1987 by Dan and Liz Mattingly. While Mattingly Concrete performs construction jobs, Johnston Quick Mix supplies the materials—primarily concrete mixes and additives.

“You combine that [demand] with the way the economy was roaring the last few years and it just created a giant pinch for construction supplies across the board,” Mattingly Concrete President Will Mattingly told IBJ. “Johnston Quick Mix rose from the ashes of, I don’t know if I would call it desperation, but it was definitely a necessity.”

Johnston Quick Mix—which derives its name from Liz Mattingly’s maiden name—had its grand opening at the beginning of the year at 516 Indianapolis Ave., a vacant industrial property where the company operates out of of a 5,000-square-foot building and produces materials needed to make concrete.