Royal Cleaners Keeps it in the Family 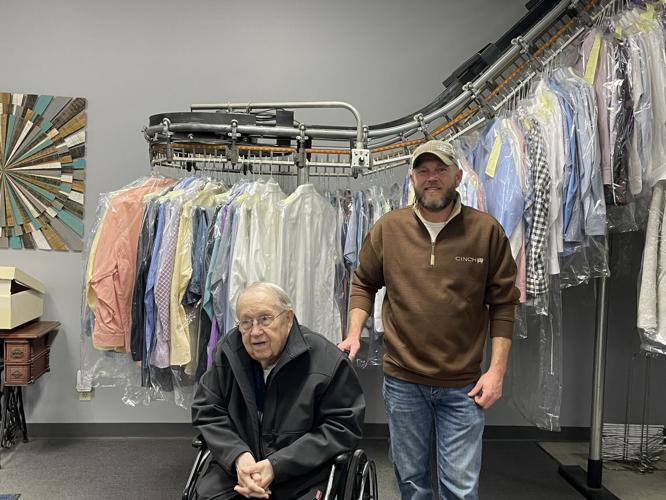 When Phillip Dickerson and his wife Lora bought the Royal Cleaners in 1949, he couldn’t have imagined the impact it would have on his family for generations.

“Dad got tired of working in a factory and he found this old cleaners. The equipment was old, there were steam leaks everywhere. He wanted to buy it and the bank wouldn’t loan him any money,” said 91-year-old, Art Dickerson, Phillip’s son.

“I wanted to go to college but with what my parents had taken on, they didn’t have a pot to pee in, so dad made me a deal. If I’d work for him for $5 per week, he’d pay my first year’s tuition the following year,” Art said.

Art did just that and in the meantime, he met his wife, Theda.

“We were dating on $5 a week and there used to be a drive-in theater in town,” he said. “We’d go out on a date and pay maybe 80 cents for the movie and afterward, we’d have a coke and a grilled cheese sandwich. They cut the sandwich diagonally and we would each have a part of it. At first, we drove an old 1937 Ford with the gear shift down on the floor, and later, we’d take the Cleaner’s truck out on our dates.”

Art applied to Rose Polytechnic (Rose Hulman) and attended for one year, before leaving to serve in the Korean War.

After the war, Art didn’t return to college, but married Theda and joined his father in the dry cleaning business.