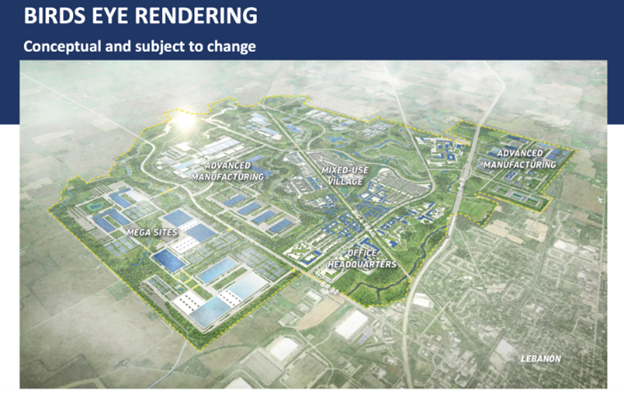 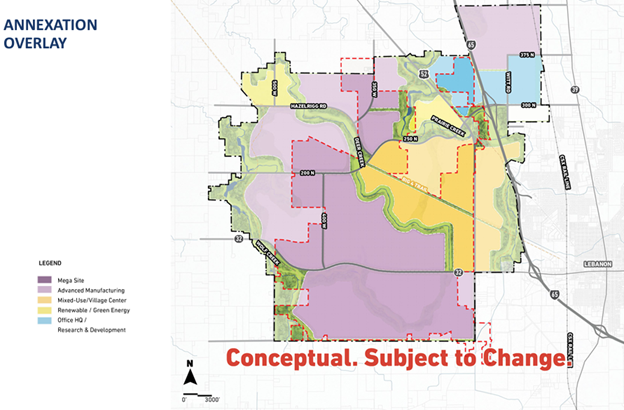 The vision for the roughly seven thousand acre project includes multi-billion dollar tech and research companies within a complex that has room for housing, recreation, and retail spaces. (View the State’s Presentation)

To that end, the council considered one ordinance annexing over 5,000 acres of property in surrounding Boone County to bring them into the city. A second ordinance would create a special zoning designation specifically for the project.

Ben Bontrager is the director of planning for the city of Lebanon. He said the special zoning creates a number of very specific uses for the property that includes higher standards than the city’s more basic industrial zoning – especially when a residential property sits adjacent to the new district. 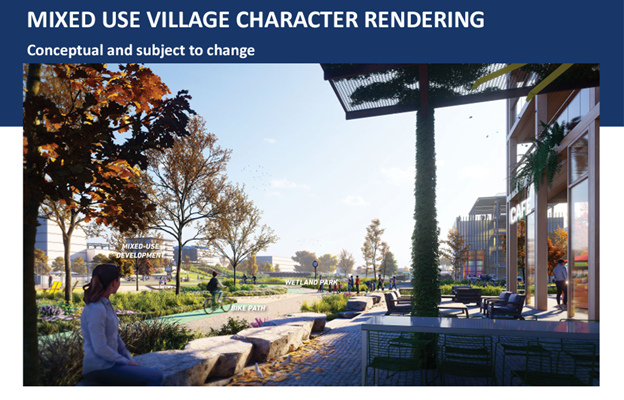 “If there is a proposal for a building taller than 75 feet, for every one foot the building is taller than 75 feet, their setback increases by five feet,” he said. “Those setbacks are significant. We really want to make sure we’re providing protection for those existing residents out there.”

Setbacks are the distance a structure needs to be from the property line. In the case of the setbacks proposed in the ordinance, Bontrager said they would also include buffer requirements – such as mounds, landscaping, and trees.