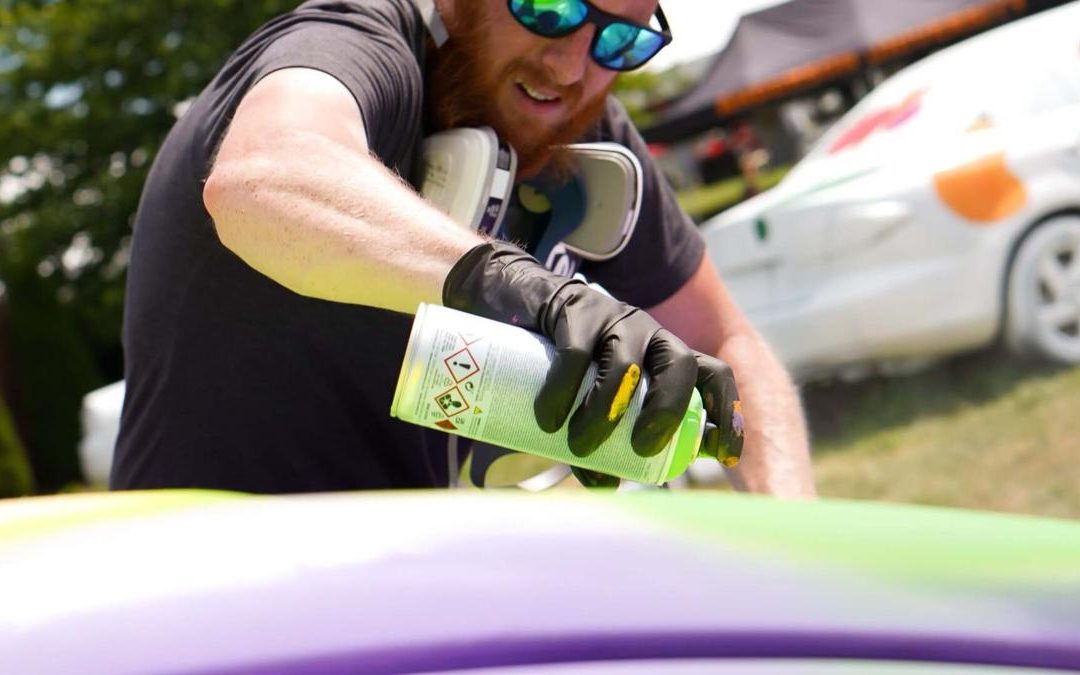 For this competition, their canvasses weren’t made out of linen or cotton; instead, they were made of metal. In just three days, Trafford completely covered the outside of a Chevy Malibu in paint to look like the quintessential Indiana summer.

Trafford said the artists had to submit their designs to a board from the State Fair so they would know what to expect.

“It screams Indiana. I knew I would catch the attention of the younger crowd with that aspect of it and the other side, let’s just get wild and crazy. With all of the colors as the backdrop, it makes for a good photo.”