Mural to be Added Along State Road 32 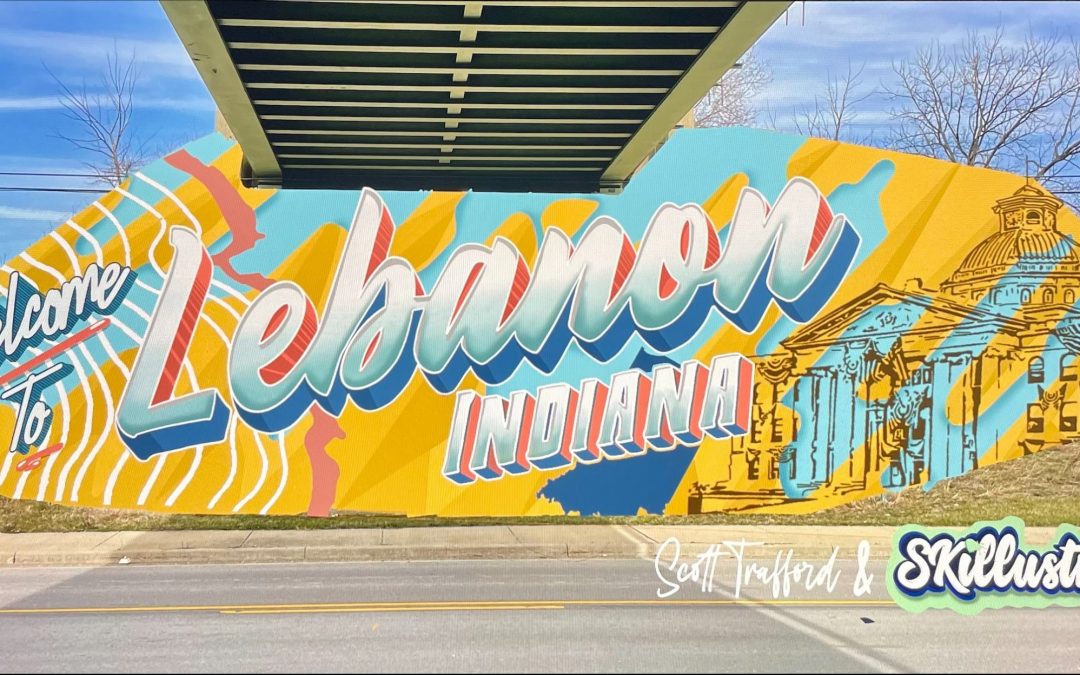 (Courtesy: The Lebanon Reporter) With a 6-1 vote Monday night, Lebanon city council approved $50,000 to be appropriated for the city’s newest mural, which will cover both sides of the train overpass on Ind. 32.

Months ago, Lebanon hosted its first community creative callout, inviting a group of Lebanon residents interested in fostering art in Lebanon. Two brainstorming sessions and a celebration later, the mockup for the murals was complete.

“We’re thrilled to be able to have our creatives really come up with a plan and idea and then be able to have [Scott Trafford] be able design it,” Community Development Coordinator Joe LePage said.

Each side of the mural will tell a different story.

“It was an amazing and educational moment for me to see the amount of creativity that has not necessarily been under wraps, but has not been celebrated in our community over the years,” LePage said.

“Each side of the mural is separate but at the same time, it’s connected,” LePage explained.

The north mural design features a large welcome message surrounded by small mementos that have a connection to Lebanon. Images include the outline and rings of a cedar tree, referring to Lebanon’s name and a detailed rendering of the Boone County Courthouse, one of Lebanon’s most recognizable landmarks.

The south mural reminds viewers that, “this is home,” with nods to two of Lebanon’s famous residents, Rick Mount and Mel Kenyon. Behind the welcome message is the outline of Lebanon’s street map and the city’s founding seal to finish it off.

Next to the south mural is an inlet area, which will be a part of phase two of the murals that will build a pocket park celebrating other Lebanon legends.

Phase one involves the two murals and will include multiple community paint days, something LePage said would create a sense of ownership in those who come to paint. The second phase of the project will be addressed at a later date.

Throughout August, residents will be able to come out during days and times, yet to be announced, and help paint the mural under Trafford’s supervision.