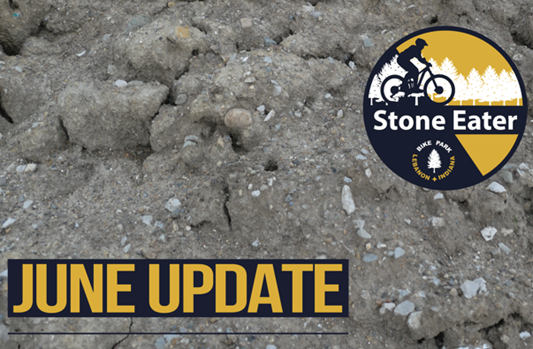 Fresh dirt is beginning to be delivered at the former city landfill, and future home of Stone Eater Bike Park. City Engineer Kevin Krulik provided an update on the process.

“It’s great to see it(the dirt) coming,” said City of Lebanon Engineer Kevin Krulik. “This is just the beginning. This isn’t much now. We need approximately 150,000 cubic yards. To put that in perspective, there is only 30 or 40 cubic yards here behind me, so this is just the tip of the iceberg if you will. This is all part of bringing the landfill up to current standards. This is a part of making sure that the landfill cap is properly fortified, that it properly drains, so that no water is draining through the garbage, potentially contaminating the groundwater supply.”

“A lot of the dirt you see behind me came from other city projects or city utility projects,” added Krulik. “The water storage tank that is going in at Abner Longley Park, some of that dirt has been brought here. Other utility projects have brought dirt here. The major, the bulk of the earthwork is coming from an existing stockpile on an existing industrial site in the business park that is set to expand here in the near future. That’s where the bulk of that 150,000 cubic yards that we are trying to move here is going to come from.”

“What currently exists is a temporary condition,” said Krulik. “When we start the bulk of the earthwork movement into the site, the site would be scraped, if you will, of vegetation. That vegetation will be put up into a pile, and be used to create topsoil that will be spread in the future. Then, we have a mass grading plan that our engineers have put together. As they haul dirt in, they will be pushing that around, manipulating that, compacting it, and building a mass grading plan, that will include basically a large mound over the whole site. That mound will ensure that everything drains properly.”

“We are just taking those baby steps, one step at a time,” finished Krulik. “The name of the game right now is really to secure the landfill, making sure it is going to perform properly. At any point in the future, we need to take care of this before we take the next steps in park development and trail construction.”