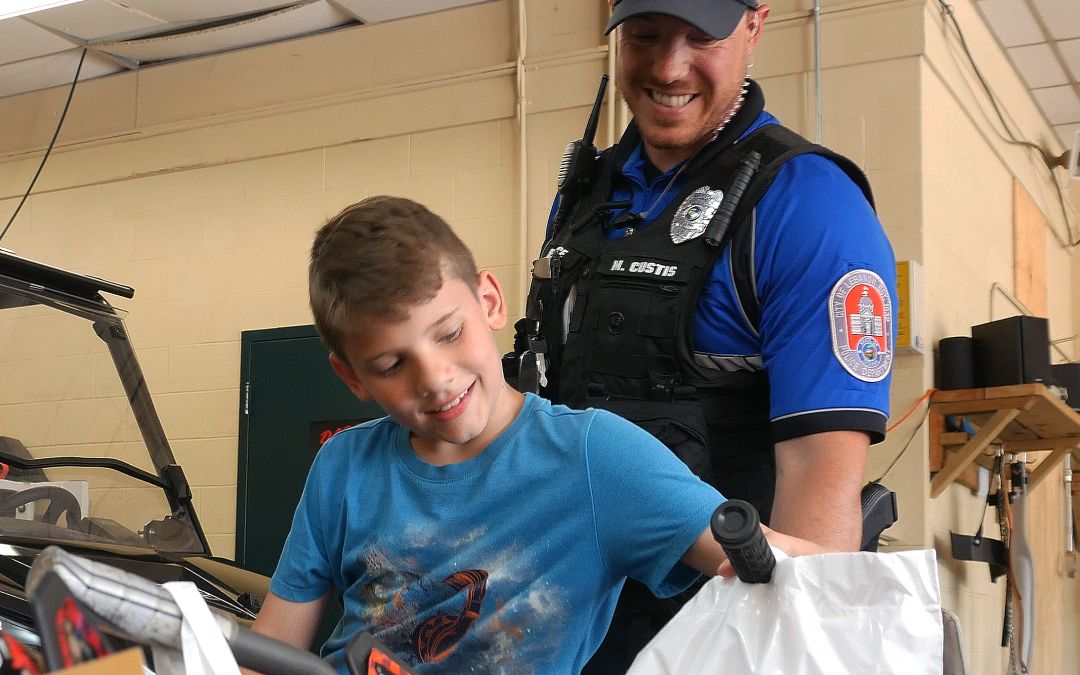 It’s an equation that played itself out to begin the Summer of 2022 in Lebanon. A sale on bicycles, led to dozens of area children getting new sets of wheels to begin their summer break.

“We went to Walmart. And there were bikes that were on sale for $25,” said Sydney Kammerer. Dad was messing around and saying, ‘What if we bought all of these bikes and donated them?’”

“So, it started out as a learning event,” said Josh Kammerer. “Really a part of being in the community and have the ability to purchase those bikes. It was really a learning lesson for Sydney.”

“My father, who is a co-owner of Lebanon Berg Vault, is a retired city police officer,” added Kammerer. “He called up to Chief (Chad) Morgan, and Chief Morgan said, ‘I’ll take them.’ And, they(Lebanon Police) had storage. So it really met the bill for that part of it.”

“It’s about having a good relationship between the community and the police department,” said Public Information Officer Detective Justin Fuston. “Our goal is to have a positive impact anytime we can, and this was just one of those times where we were able to.”

“As hard as the last two years have been, with the pandemic and all of that,” said Kemmerer. “There have been lost jobs and people’s hours have been cut, they may have had to move the family. It really has impacted a lot of lives. And so this was an opportunity that was created by the pandemic, an over-ordering of bikes by Walmart, and we seized that opportunity and saw that.”

Officers from the Lebanon Police Department were on-hand to help recipients pick out their bikes. Mayor Matt Gentry helped register the bikes, before they left the LPD garage.