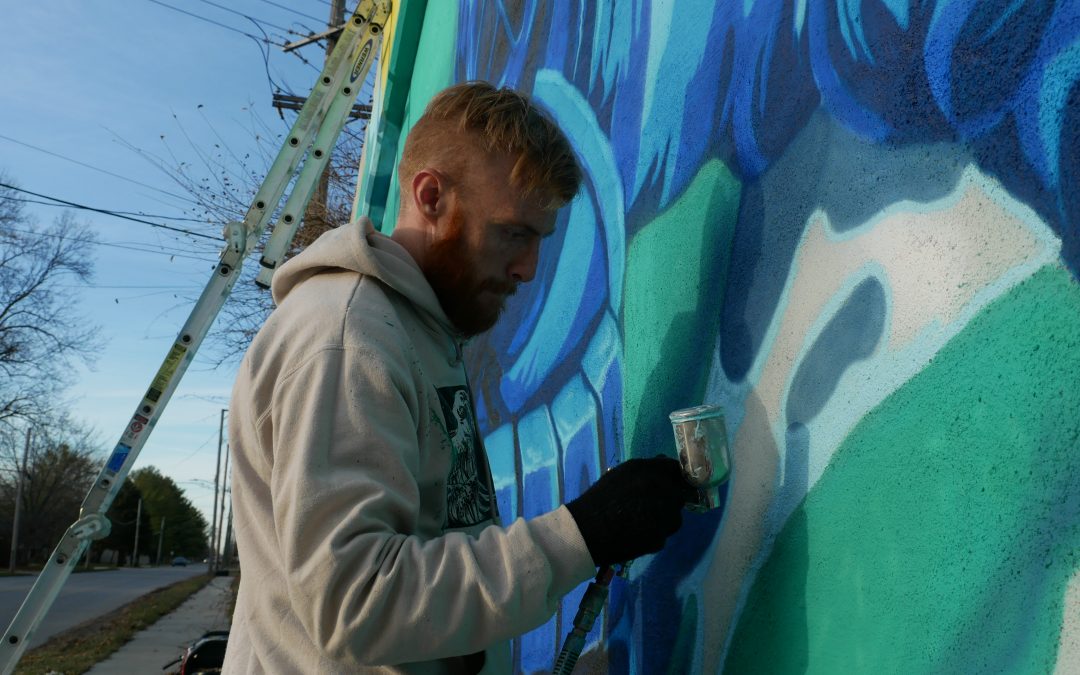 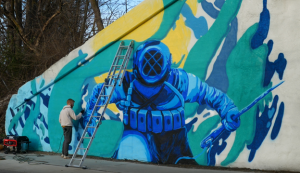 The first of five murals underneath CSX rail lines throughout the City of Lebanon is now complete! The “Ocean Escape” mural made up of: a sunken ship, a deep sea diver, an interactive message in a bottle, and an octopus has been completed by local artist Scott Trafford.

“People in Lebanon didn’t know how much they wanted art and culture, and the different perspectives of art, with all the bright colors,” said artist Scott Trafford. “But hearing the responses, whether it be on Facebook, social media, or personally, the response has been favorable. People have pulled over along this very busy road to talk to me and have said, ‘We love it!’ They honk. They slow down and give me the thumbs up.”

“Not that it’s for me, but that’s the response this art is bringing out in them. They are so excited about it, and they actually do like it, and I think they are surprised by how much they like it.”

“Most muralists I know, in the beginning they don’t think the mural they’re working on looks very nice,” said Trafford. “In the middle stages of the project they are just tired and done with it and don’t want to do it anymore. But then, after they’ve toughed through it, they are happy with the results.” 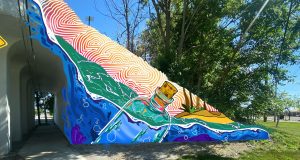 “The buzz (in Lebanon) is happening,” said Trafford. “In the beautification of things, as people have said, this was a boring bridge and now it’s not boring anymore. It’s no different than when you hang a piece of art in your home, that you bought for $40 from Hobby Lobby or Walmart. Something about it was appealing. And the person who bought it thought it would look good in their home. Once the piece is hung in the room, it changes the feel and environment. People like to stare at nice artwork, and that’s the whole purpose of art, to affect the environment where it’s inserted.”

“I think for regular citizens of Lebanon, this affects them, obviously, as it’s happening. Art is a little bit unexplainable; you don’t know exactly why it gives you the feeling that it does. That’s what art is good for though, for artists, for non-artists, it just provides a feeling that you didn’t know you wanted.” 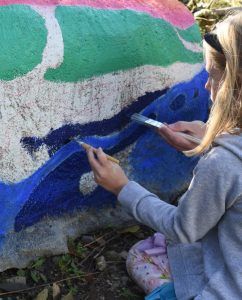 Those who visit the mural are encouraged to stand in front of the bottle that is painted on the underpass, to capture themselves as the “message” in the bottle!