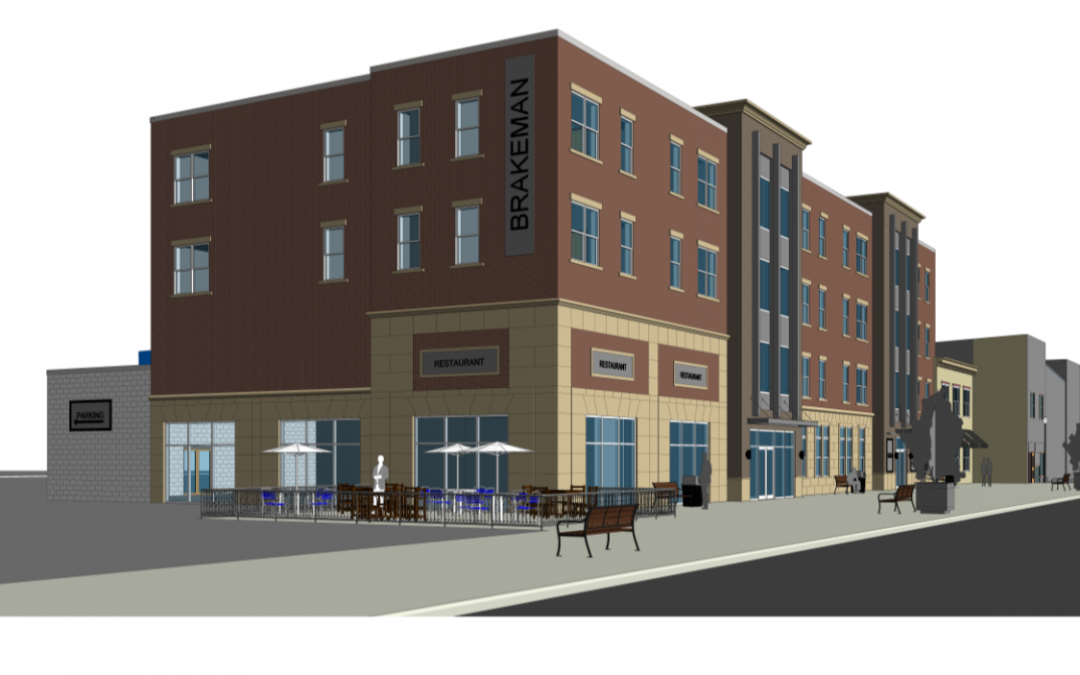 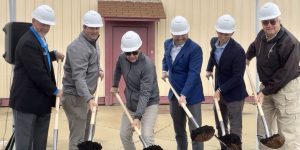 After being delayed by COVID-19, ground has officially been broken on Lebanon’s Brakeman Building. The $8.5M four-story mixed-use building will feature 44 market rate apartments, and 5,000 square-feet of restaurant/retail space. The name “Brakeman” is a nod to the City of Lebanon’s rich rail history and the project site is directly adjacent to a former rail line. A railway brakeman is the worker responsible for the train’s brakes, as well as other aspects of rail operation

“Today’s groundbreaking is a testament to persistence,” said Mayor Matt Gentry. “I’m thankful to the team from Forza, as well as City staff for continuing to move this project forward. Our downtown footprint is expanding, and the Brakeman Building will create a fitting welcome mat along our City’s most heavily traveled street, and gateway to our downtown.” 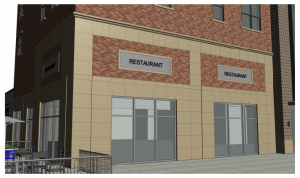 Initial plans had called for the first phase of Forza Commercial Real Estate’s “Shift” project to be constructed on the east side of State Road 39/Lebanon Street, on the site of the former Estes and Kincaid auto dealerships. The establishment of an Opportunity Zone in 2017 made beginning the work on the west side of State Road 39 a more attractive initial financial option.

“The Brakeman Building will be built on the current vacant lot, previously owned by the City,” said City of Lebanon Planning Director Ben Bontrager. “It will also include the clearing of what formerly was the New Life Recovery Home.”

The demolition of the New Life Recovery Home will begin immediately, with the completion of the Brakeman Building set for the spring of 2023.

“Our goal is for the Brakeman Building to provide a quality living option for new and existing Lebanon residents who desire an downtown living environment, as well as amenities for locals and visitors,” said Forza Representative Travis Bonnell. “The east side of the project area will be used for parking in the short-term, and we will work with the City to attract quality tenants to occupy the main floor restaurant and retail space.”

“This project sets the stage for future development along this corridor of our City,” added Mayor Gentry. “It will be exciting to see this part of our City continue to thrive in the years ahead.” 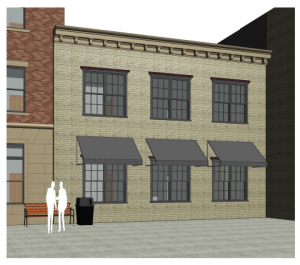 Opportunity Zones are an economic development tool that allows people to invest in distressed areas in the United States.