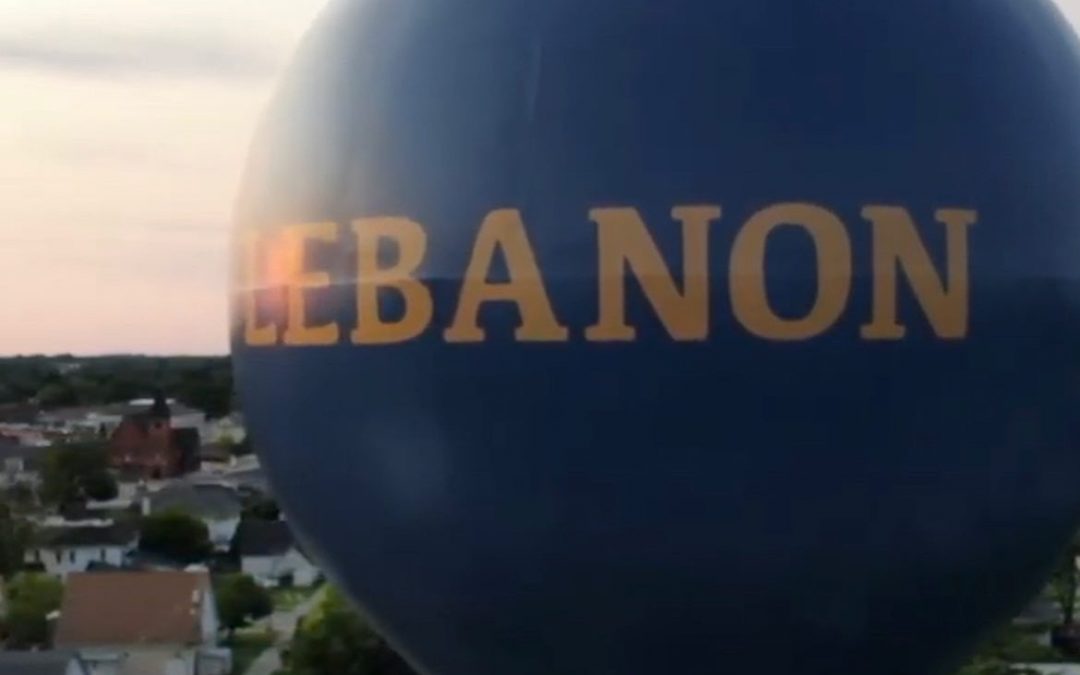 (Courtesy: The Lebanon Reporter) The water tower on Elm Street has a new look. Staying true to the City’s branding guide, the gold county courthouse logo and scripted “Lebanon” have been 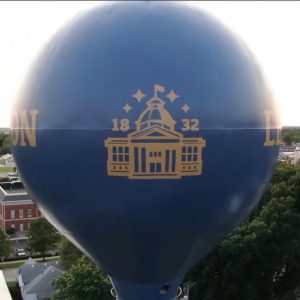 added to the freshly painted dark blue tower. The lighter blue paint that was previously on the water tower was removed, before the fresh coat was added.

“We want to capture any paint chips,” said Lebanon Utilities Water Superintendent Ryan Ottinger said. “They’ll (contractors) will sandblast it all, repaint it with new lettering and the city logo.”

Ottinger added the color will be like the Park Street water tower which was repainted last year. That tower is a 500,000-gallon tower. The Elm Street tower is half that.

“It’s offline,” Ottinger said of the tower. “It’s going to be completely inspected inside and out for any repairs that need to be done. And then the new paint will go up.”

The project will last six to eight weeks, he added. 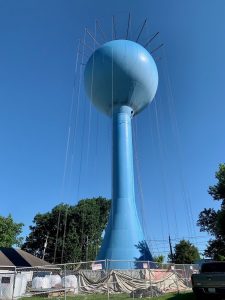 The “Lebanon” lettering will return, but unlike the Park Street tower which says “This is home,” the Elm Street tower will have the seal only. The tower is visible behind the Municipal Building from the front.

The Park Street tower did not have to have paint removed, Ottinger said.

The paint is rolled on, Ottinger said. It is not spray painted.

The painting and maintenance is being done by a company called Suez and is budgeted around an estimated $300,000.

Last year, the Lebanon Board of Works approved the installation of two water storage tanks in Abner Longley Park each holding one million gallons to be installed at an estimated cost of more than $1 million. Ottinger said maintaining the current water towers is a bargain and will pay off in the very long run.

“In theory, a steel, elevated water tower if it’s maintained should last hundreds of years,” he added.