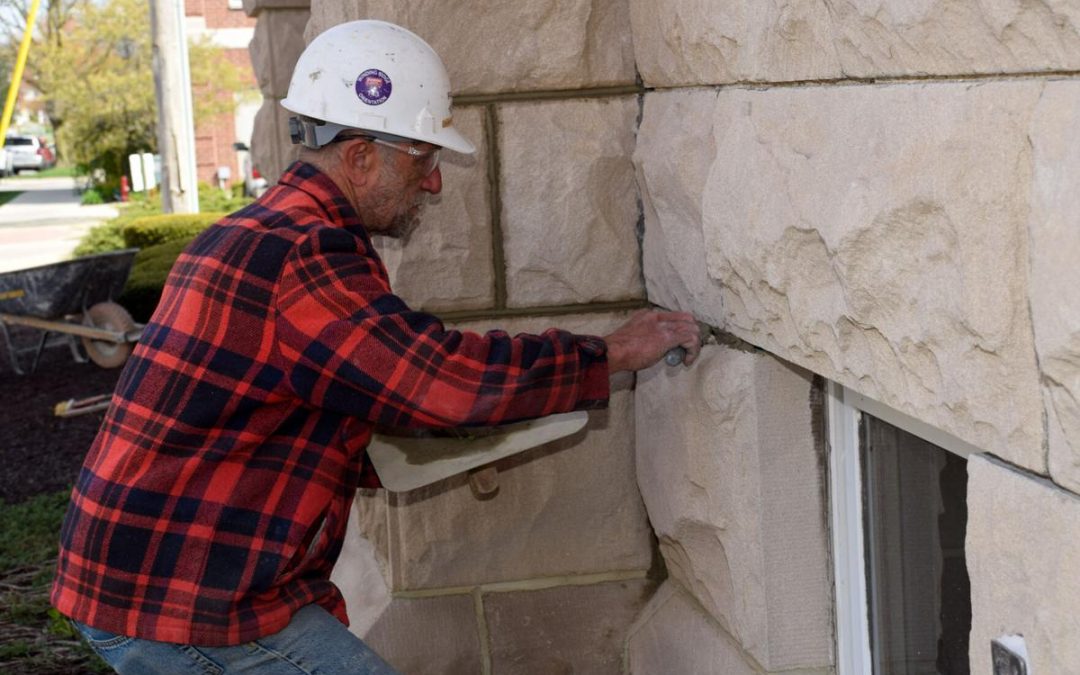 (Courtesy: The Lebanon Reporter) Literally, a million dollar refurbish is going on at the Lebanon Public Library which will mean some inconvenience for patrons and drivers in the area.

Library Director Beau Cunnyngham said the inside is getting a fresh coat of paint and new carpet throughout. It’s been about 15 years since the current carpet was installed. Nothing major. Same layout, just different colored floors and walls. However, painting the foyer just inside the double doors will require the library to shut down for a week. Crews are on a waiting list for a special type of lift for use in the foyer.

The outside is getting a significant overhaul.

“That’s what we really wanted to focus on, due to the historical nature of the building,” he said. “A facility like this, if we don’t keep on top of it, it will just fall apart.”

There will be a new roof, new paint and significant replacement of the mortar or tuckpointing.

The restoration is being done by a company with Lebanon ties. Kemna Restoration and Construction is owned by Jerry Kemna. The company specializes in historic restoration and has worked in five states.

Washington and Meridian streets will each be closed for a day to allow the contractors to spray paint the white parts of the edifice. The letters will also get a fresh coat of black paint. New lines will be refreshed in the parking lots.

The entire project is expected to be complete July 1. Except for the week of painting in the foyer, the library will remain open.

“It’s going to look like a brand new building when we’re done with it,” Cunnyngham said.