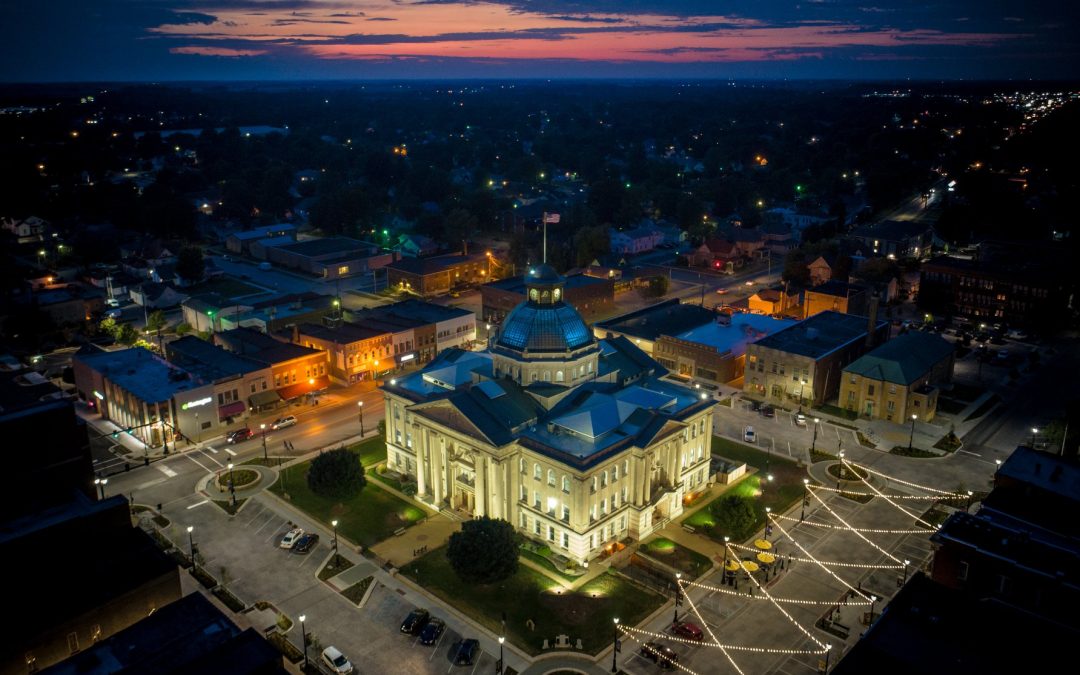 “The longer you’re here, the more you understand what makes this place special.”

More than a tagline, it’s a promise. Mere minutes from Indianapolis, the City of Lebanon, Indiana is special on so many levels. Residents and visitors, alike, enjoy the genuinely charming atmosphere of a historic small town with all the benefits of a large urban destination nearby. The city’s focus on economic development has grown the local business community in diverse directions – by design. Coupled with a forward-thinking strategy to revisit the past through an ongoing downtown renaissance, the secret is out that Lebanon is the perfect place to live well and prosper.

City Engineer Kevin Krulik describes Lebanon as “a pleasant, laid-back place to live, just ten minutes outside Indianapolis with all the amenities a more significant urban setting can bring. The best of both worlds. It gives us a unique opportunity for people who like the hustle and bustle of the big city to also have that quiet, family-oriented atmosphere that Lebanon provides, yet still having the quick access.”

After several years on the sidelines during the “big box” era, Lebanon’s downtown is surging back to life. Lebanon being the county seat of Boone County, its town square was traditionally occupied by the court house and related businesses (title companies, lawyers’ offices, etc.) – those have since given way to new restaurants, a brewery, a small batch distillery, a butcher shop, and many other unique opportunities. The authentic experience that comes with a historic downtown. 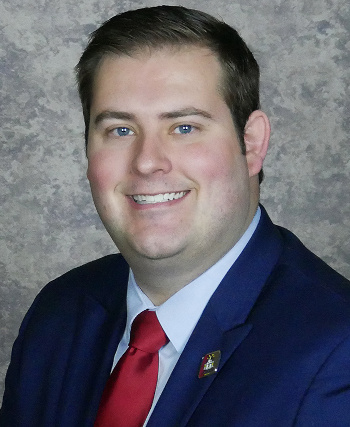 Lebanon Mayor Matt Gentry reports, “When I came in as Mayor, we’d done downtown revitalization studies in the past but none had come to fruition. In my previous experience working around the state, I saw that successful communities had a strong, vibrant downtown. So that was step one in my first term, realizing that downtown investment would have a ripple effect outside of the core area. We started by replacing the underground infrastructure (watermains, etc.) that was at least 75 years old, and tried to create a place that would serve as the heart of our community. We’re a county seat city with a big, beautiful County Courthouse in the middle of our town square. And when things happen in our community, both good and bad, the downtown square is a social gathering point. We wanted to emphasize that – a pedestrian-friendly, welcoming center for community events. At Christmas it looks like a Hallmark movie down there, so it’s worked well.”

He adds, “Kimley-Horn has been phenomenal, right from the early steps of the downtown project in 2016. They worked with us on the process of creating a uniquely ‘Lebanon’ downtown core. To any community looking to revamp their downtown, I can’t think of a better firm to help achieve their goals.”

In terms of business growth, Lebanon has seen unbelievable success in the last five years, with over $500 million of investment in the city’s business park. At 25 years old, it is one of the older business parks in Indiana and very large; situated on 1500 acres and essentially full. Mayor Gentry states, “It accounts for about 45 percent of our city’s tax base, so it’s been a great economic driver. We have hundreds of jobs available. About 60 percent of the people who work at our business park live outside of Boone County, so we bring in a lot of people from surrounding areas. We do a great job of bringing in those larger businesses but we want to make sure people enjoy living here too.”

The city’s business attraction and retention process involves collaboration among several entities, including the Boone County Economic Development Corporation and the Boone County Chamber of Commerce. According to Joe LePage, Director of Community Development, “Lebanon has a very robust business park, and its location right along the I-65 corridor between Louisville, Kentucky and Indianapolis, all the way to Chicago and Lafayette, was an easy sell to logistics companies in the beginning. But that has shifted – thanks to the EDC and the Chamber and the downtown transformation, there is a feel that Lebanon is coming into its own. It’s not just the highway location that makes it great.”

There has been a definite increase in manufacturing, with businesses ranging from barbecue sauces and commercial bakeries, to a company that makes water-soluble film, another that makes power tools… and those investments in Lebanon are bringing more, higher wage jobs. The push to diversify the types of industry sectors in the business park has resulted in some huge wins. The most recent being the largest business development project in Boone County history. Gentry confirms, “NewCold Storage made a $115 million investment in a highly-automated cold storage facility with 150 jobs at about $30 per hour, average wage. We’re excited to have all these companies in the fabric of Lebanon.” 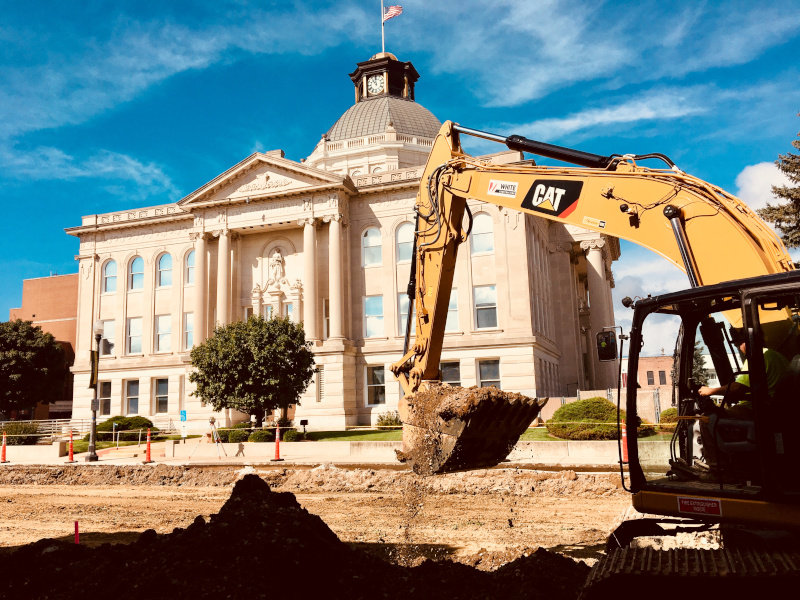 With that surge in employment comes the explosion of residential development in the city, a trend that is forecast to continue alongside population growth over the next ten years. Of particular note, the Waterford project – a 2100-acre, mixed-use development that will include large estate-size golf course lots, apartments, townhomes, and second-story loft living. Krulik notes, “We’re excited to see that variety of housings options coming here soon. The project is being done by Henke Development Group – a superior development company that is known for its high-end golf course communities across the northern suburbs of Indianapolis over the last 20 years. We couldn’t be more excited to partner with them on what will be their next great neighborhood – here in Lebanon.” The Waterford project is a mixed-use development of commercial / industrial / residential centered around a golf course community that will also have a village center.

Mayor Gentry believes the city would not have had the interest from that developer without the revitalization efforts done in the historic core. He notes, “They could see Lebanon as an up-and-coming place because of what we did to our downtown. I think those two projects go hand in hand. And our challenge now is to make sure it doesn’t feel like separate communities, that they are tied in with the rest of Lebanon, as well.”

Especially in 2020, the challenges facing Lebanon’s small businesses are huge, so the city is working to create a supportive ecosystem in the downtown with infrastructure, and programming, etc. LePage explains, “Small businesses are what make a community unique and interesting and bring in a lot of visitors – it’s about the importance of ‘shop local’. We’re working with our economic development corporation on a microloan program, so funds are available for start-ups. We’ve also offered façade grants to downtown businesses that own their building, where they can do exterior improvements and maintenance to structures that are older and need work. And we do at least one event a month downtown; that investment in programming is drawing people in and supporting the local community. We see it as an economic development tool for small business.”

The $18 million Brakeman project is one example of how the city is attracting the attention of mixed-use developers to invest in the downtown core. It’s located on an old railroad right of way, hence the name. Abraham Lincoln on his way to D.C. actually stopped and gave a speech at that site. “After making the initial investment in the physical town square, we hoped to see the ripples out in the surrounding historical district and that’s happening now,” says Mayor Gentry. “It’s another great opportunity for us – mixed-use with lower retail space and upper levels of apartments. We feel that’s a great fit, offering more density and more residents downtown that will benefit the local shops and restaurants.”

As part of the downtown renewal project, the streetscape was reconstructed with new brick paver streets, accessible crosswalks, landscaping, and the installation of curb bump-outs to restrict the flow of traffic, so people have to drive slowly through the square. “Taking it from an auto-centric to a pedestrian-centric design,” says Krulik. “We also brought the regional trail that traverses the county into the square, installed new benches, period lighting – and we host special events under the lights. The Heart of Lebanon, our main street organization, creates those programs that really activate the downtown.