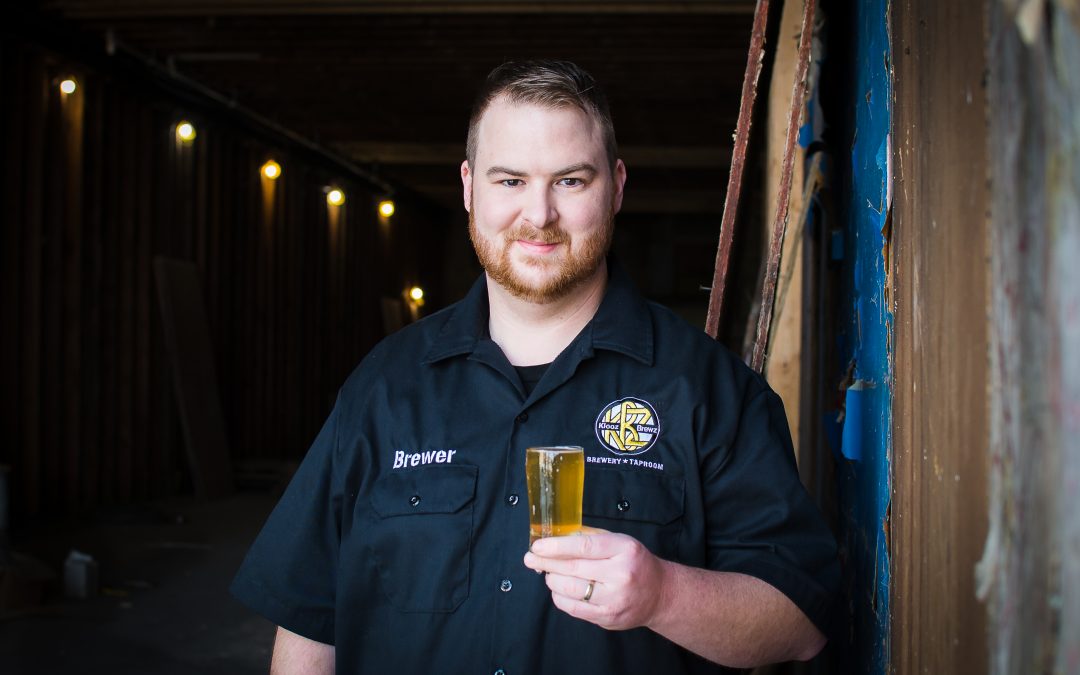 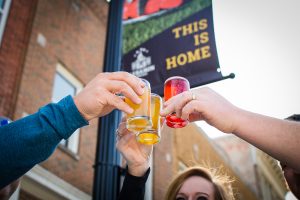 (Story Courtesy: The Lebanon Reporter) For more than two years, Patrick Klooz has been working to create a restaurant featuring his unique and popular home brewed beers. Today, he is one step closer to this dream with the signing of a lease at 125 N. Meridian St., Lebanon, the former Patrick’s Office Supply building on the northeast corner of the courthouse square in Lebanon.

In an exclusive to The Lebanon Reporter, Klooz announced the space his fans have been anticipating for several months. But there are some changes to the original plan, including a much larger space.

Klooz Brewz and Public House is expected to open next spring. The 3,600-square-foot establishment will occupy the majority of the ground floor of the DeVol Building, including the space now occupied by attorneys Michael Gross and David Truitt. That space will be the new brewery which Klooz said will be visible from the street.

“We will be the very first production brewery in Lebanon,” Klooz said.

Other changes include a new logo. 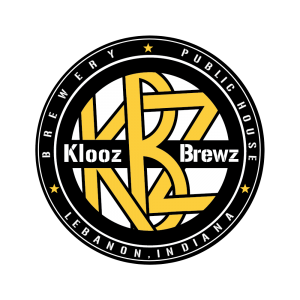 The new restaurant and brewery will serve 24 varieties of brews on tap regularly. Beer won’t be the only beverage options. Klooz plans to carry some local ciders and wines, as well as handcrafted sodas. There will also be a menu and food prepared by a chef.

“We want to go with local ingredients as much as possible,” he said about the menu. “It’s kind of a farm-to-table, family dining experience is our vision, but being affordable is very important to us.”

His commitment to locally-sourced ingredients applies to his brews. Klooz exclusively uses malt made in Thorntown by Sugar Creek Malts.

“What (Sugar Creek Malt Co. owner Caleb Michalke) is doing truly intrigues me,” Klooz said. “I look forward to diving in deeper with his products.”

Klooz is a Lebanon native who always wanted to own a restaurant. He said the restaurant is very important to the business plan. Before the COVID-19 pandemic, Klooz had planned to open a tap room and restaurant in August to showcase his specialty lagers and pilsners. He started brewing out of his Lebanon home eight years ago with $1,500 and quickly became a regional favorite. There is always a line at events such as Savor Lebanon or Augtoberfest where he recently debuted the popular Park Street Pilsner, named after the street where the Klooz family lived while Patrick was growing up. 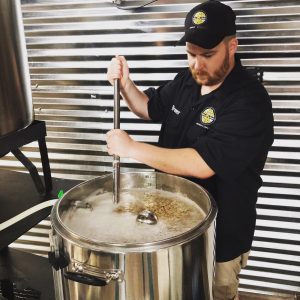 The pandemic may have delayed the opening of the restaurant, but lenders also required the project have an outdoor component. So there will be a covered space along Washington Street adjacent to the building, Klooz said.

“(It will be) like a 9 foot by 75 foot covered space that will have a propane heater across the top so it will be considered an all-season space,” Klooz said. “The sides will roll down and it will be a more comfortable space year-round.”

The outdoor space is expected to hold up to 50 patrons. Inside will hold 87 patrons.

During the build out, Klooz said the tables will be designed to adapt to social distancing with 6 feet between tables. There will also be some special air purifiers installed.

The columns running throughout the space are beautiful, he said.

“That’s probably my most favorite part about the building,” Klooz said. “These columns have been hidden for years. I’m excited to expose them. They’re truly unique.”

For more information about Klooz Brewz and the public house, visit KloozBrewz.com.