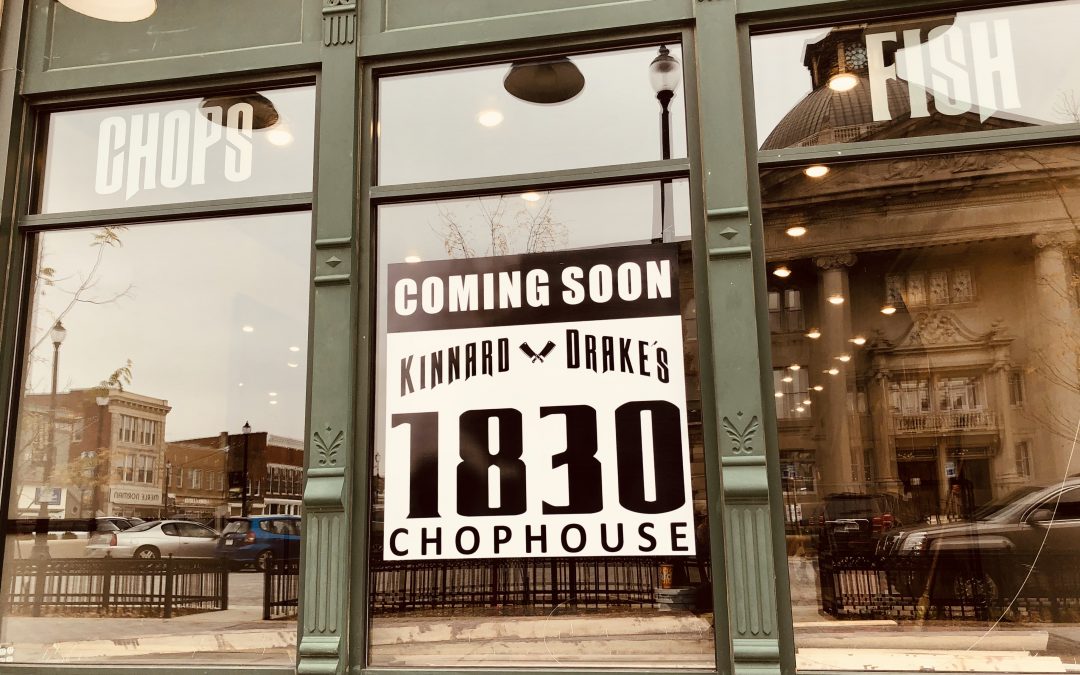 The partners behind Backroads BBQ in Lebanon are opening a steakhouse on the city’s downtown square that will serve meat raised in Boone County. 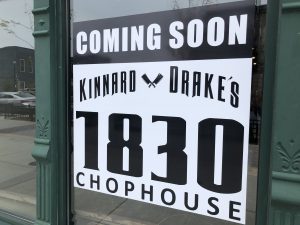 Kinnard and Drake’s 1830 Chophouse at 111 W. Main St. will open the first week of November in a 4,400-square-foot space previously occupied by People’s Revel Room. Chef Shawn Sublette said he and his partners at Backroads BBQ are leveraging their meat supply chain to open a second restaurant with a more upscale offering of hyper-local cuts. At the same time, they’re hoping to showcase the history of the Boone County city; the restaurant is named after Lebanon’s founders and includes the year the county was founded.

“We want to be a place where you can come in and there’s a little something for everybody,” Sublette said. “It’s going to be just a little bit higher-end service, but we don’t want to be pretentious about it. Come in in jeans and a flannel shirt and you’ll be fine. We’re not going to turn you away.”

Backroads BBQ and 1830 Chophouse partners Chris Canal and Joe Stein are the respective CEO and CFO of Indianapolis-based Ideal Food Group. In August, the 70-year-old food distributor with a specialty in proteins acquired a meat processing facility in Ladoga, which is in neighboring Montgomery County. Canal said the idea for a steakhouse at the end of the supply chain has been simmering ever since.

“Not only is there a movement from the consumers’ desire to buy and consume a locally produced product—there’s also now the economics to back it up,” Canal said. “We’re literally able to source Boone County beef and pork, take it through our own processing facility and custom cut what Shawn wants at the restaurant. The consumer is getting a local product raised in the proper manner, and the money stays right there in a 40-mile radius.”

Sublette said he wants to keep the menu small and agile to offer seasonal items. Guests should expect to see sandwiches, seafood, steak, pork chops, pasta and even vegetarian options on the lunch and dinner menus.

Sublette’s YouTube channel, “Scotch 4 Dummies,” is a minority investor in the project. He’s hoping the channel’s more than 12,000 subscribers will translate into customers who want to grab a beer, scotch or bourbon at the restaurant.

Sublette said the restaurant’s capacity is roughly 120. Additional seating will be available outside next spring. Canal and Sublette both acknowledged that the ongoing concerns about COVID-19 might make for a tough start, but they think people are ready to try something new.

The restaurant is hiring about 30 employees and testing its dishes ahead of the upcoming November opening.

“We were going to wait a little bit, but I think it’s turning out that people are wanting to get back to some semblance of normalcy,” Sublette said. “I think they’re just hungry for new things in Lebanon. I’m excited that we’re a part of that, and that they’re receptive to what we’re doing.”