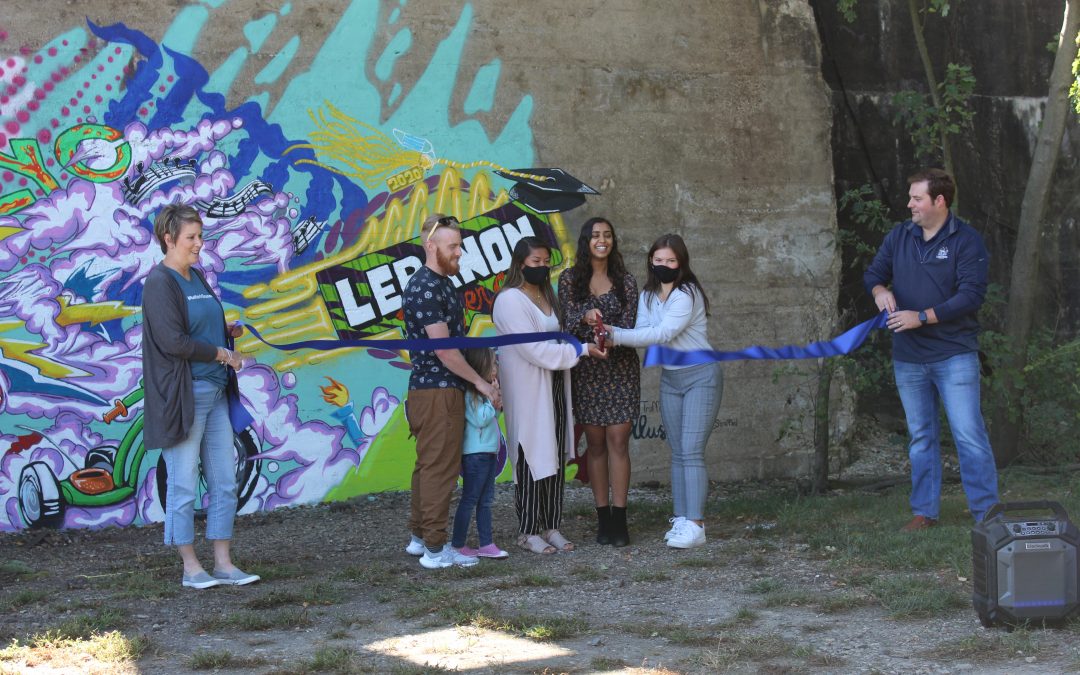 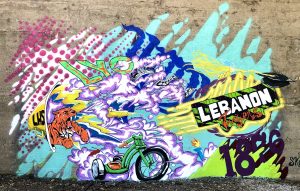 Council president Khushi Patel said the project is a mural painted on the underpass.

“The mural was painted by graphic artist Scott Trafford,” Patel said. “It’s a new rendition of all the traditions of Lebanon with a spin.”

Patel said the style is bright neon colors and a retro 1970s theme. In it are the candelabrum from the LHS graduation tradition, the Lebanon tiger and the year Lebanon High School was established.

“There’s a megaphone,” Patel said. “You can look like you’re shouting out of the megaphone.”

Patel added that the elements included in the design were based on council brainstorming sessions with Trafford. 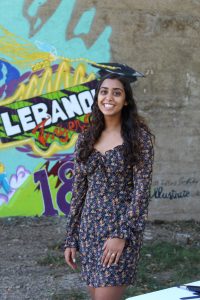 “So we have a lot of elements which tie into our town and its traditions,” Patel said, “but the way they’re painted correlate with the youth.”

The Lebanon Youth Council consists of 10 Lebanon High School students and gives the youth a voice in the city. Patel says the council is down in numbers because of the pandemic, but they’re recruiting more. The council develops projects for the betterment of Lebanon, led by youth.

Originally, the mural was to be painted downtown but the city’s Historic Preservation Commission denied the request. So an alternative location along the trail was found.

The council applied for and received a matching grant from Indiana’s Office of Community and Rural Affairs Quick Impact Placebased Grant. The “QuIP” grants are designed to enhance communities through public art. The rest was paid for by the city’s community fund.