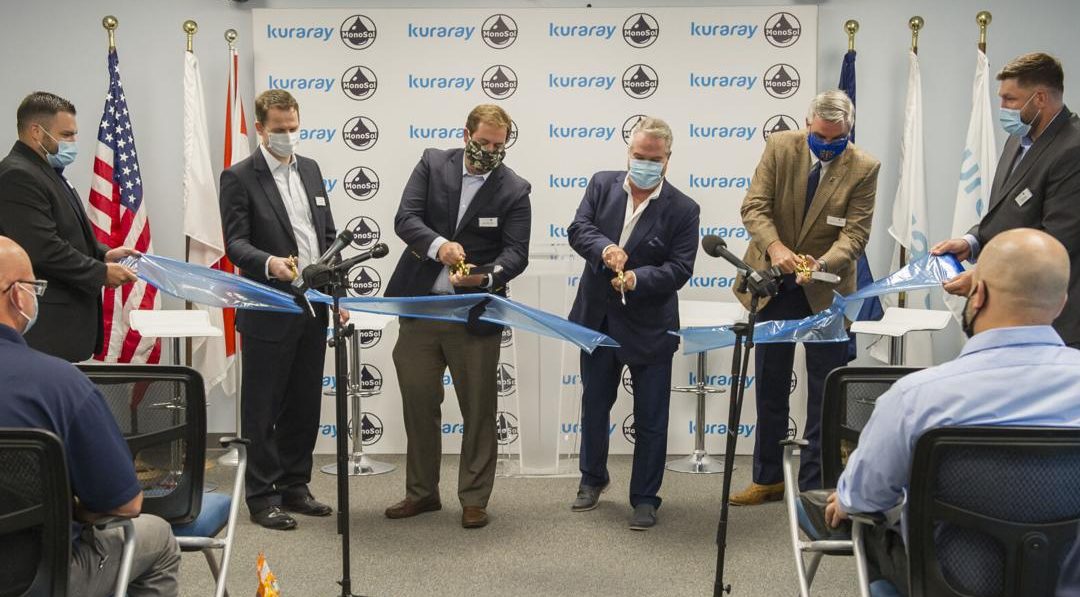 The grand opening, complete with a toast and “film”-cutting ceremony, was supposed to take place in May with a week’s worth of celebrations. But with the pandemic, the festivities had to downsize and reschedule to accommodate for COVID-19.

“I have been a big proponent of building and being in Indiana because we’ve had such great success,” MonoSol president and CEO Scott Bening said. “And this building and these people are the perfect example of why we’ve done this for three decades.”

Before the film-cutting ceremony, Lebanon Mayor Matt Gentry expressed his excitement at having MonoSol locate here in Lebanon out of all the other locations available in the state.

“Lebanon MonoSol is a huge win for us,” Gentry said. “It’s great to see we’re making a product here in Lebanon that can be bought around the world, and just from a corporate citizenship standpoint, [MonoSol is] who you want to have in your community.”