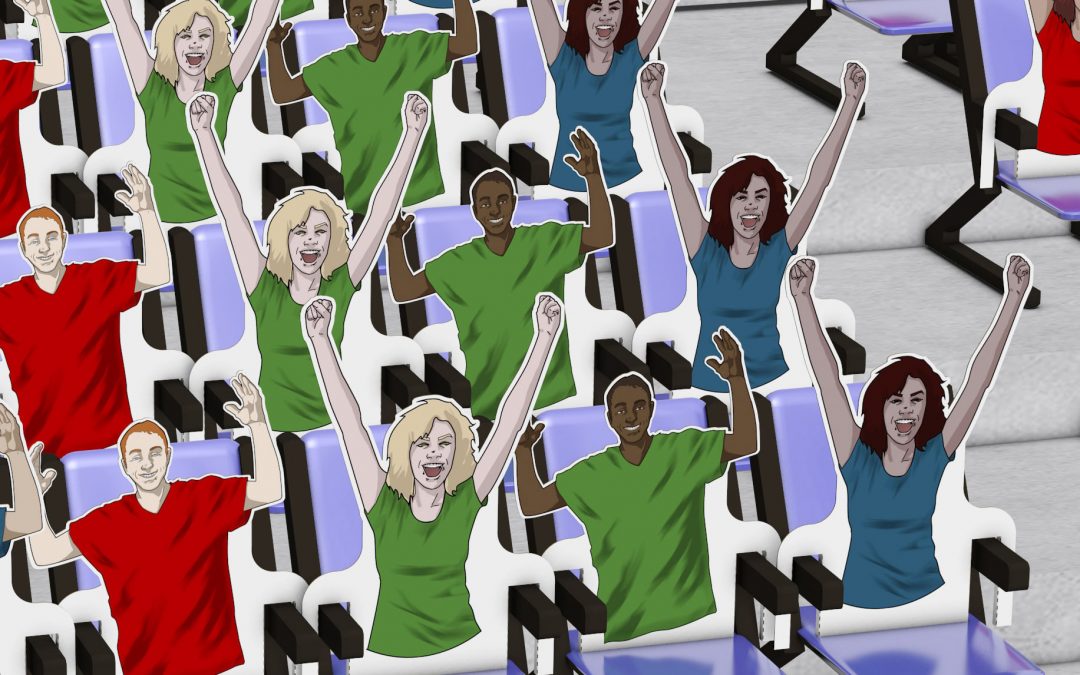 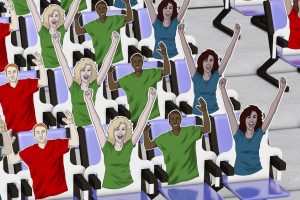 A cardboard packaging factory in Lebanon might soon give birth to the next generation of sports fans.

DS Smith, a London-based corrugated material manufacturer, is now designing a line of cardboard spectators to help fill gaps in sports venues created by social-distancing requirements during the pandemic. Lebanon’s 550,000-square-foot facility is capable of producing more than 50,000 corrugated fans during an eight-hour shift to help empty or reduced-occupancy arenas create the appearance of a crowd, company officials said.

“We want to do our part to support sports in the U.S. by providing sustainable, recyclable solutions that simulate real fans to support the players, while also not having an onerous impact on the environment,” Mindy Myrick, head of corporate affairs for DS Smith, told the IBJ.

College football programs and the NFL are considering holding games with limited fan numbers this fall. The league is considering blocking off large areas of stadiums with advertisements.

Motorsports venues are facing the same dilemma regarding fans. And Major League Baseball is preparing to start a 60-game schedule without fans in late July. As these and other sports evaluate how to handle live crowds, DS Smith is hoping to score of few empty seats.

The company has already started producing a line of recyclable fans to help fill Europe’s soccer stadiums and it’s eager to sell standees to the National Basketball Association, Major League Soccer and other professional and amateur sports venues.

Myrick said DS Smith hasn’t secured a major U.S. buyer yet, but it has designed prototypes that can be customized with specific team colors or corporate sponsorships.

“We have the capability to do multiple designs with different colors, different skin tones, male and female,” Myrick said. “We want the design and the actual fan base represented in the standees to represent a diverse, realistic setting.”

The cutouts can be made to strike different poses, including having their arms raised in a “V” for victory, or with accessories, like a foam finger. DS Smith is offering several models, including a design that’s water-resistant for outdoor venues.

“Our intent is to provide a solution and keep a watchful eye on the environmental impact,” Myrick said.

DS Smith has 16 manufacturing facilities with roughly 2,000 employees working at box manufacturing plants and paper mills across the nation. The company recently opened its first recycling facility in Pennsylvania in March.

Its state-of-the-art box manufacturing plant at 800 Edwards Dr. in Lebanon opened in late January. Myrick said there are 101 employees working over two shifts at the facility, and DS Smith is hiring more to reach 180 employees by the end of this year.