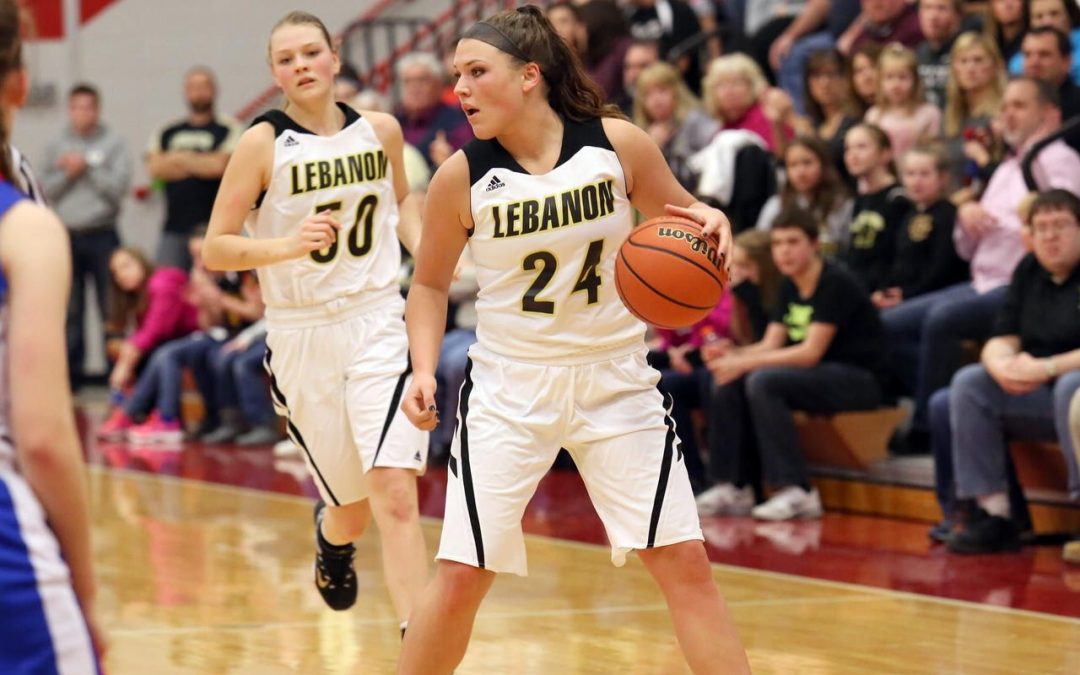 Kristen Spolyar always dreamed of playing basketball professionally.
Now the Butler University and Lebanon graduate will have that chance. Spolyar signed over the weekend with Genève Elite Basket, a team in Switzerland’s top division.
“It was very exciting to sign the deal, and secure where I was going to play next year,” Spolyar said. “There is a lot of uncertainty during this time, so it was good to be able to finalize a deal.”

Spolyar, a first-team all-Big East selection this past year, had her senior year at Butler cut short because of the coronavirus and forced her and other players into a little bit of a waiting game this spring as leagues around the world were cancelled or postponed.
She said that she knew her chance would come to play professionally, she just had to stay patient.
“I think at first it was slightly challenging, because no one knew if there was going to be a season,” Spolyar said. “Teams overseas and here were a little reluctant to bring people in, and didn’t want to sign somebody and then not have a season. It was a waiting game in a sense, and my agent just told me to stay patient and that more teams would come around once there was more clarity with everything.”
Spolyar said that her agent was also in touch with teams in Poland, Romania and Sweden for next season, but in the end, Geneve Elite Basket was the perfectly landing spot.
“It’s a different process than picking a college,” Spolyar said. “You aren’t exposed to the players and facilities and things like that. My agent’s goal for me was to get me on a team that could kick start my career and be a good resume builder. This team definitely has that, they were top in their division and it was the best basketball for me.”
Geneve Elite Basket was in fourth place in the league with an 11-5 record in March when the league was shut down for the year.
Spolyar said after talking with the coach, a lot of players from that team should be back next year and believes they can challenge at the top of the league.

“I wanted to be on a team that had success, and this team definitely has that,” Spolyar said. “They have a lot of top players that I think are going to be coming back after talking with the coach. It’s more fun to be on a team that is having success, but will also help me become an overall better player.”
At Lebanon, Spolyar scored 2,882 points (third all-time in state history) and owns the state record with 1,031 points her senior year.
She didn’t stop scoring when she got to Butler,
ranking fourth all-time with 1,544 career points and also placed herself into the top-ten in field goals made, 3-pointers made, free throws made, and steals.
Her 544 points this year was third best in school history and she tied the school record with 37 points in a game against Detroit Mercy.
Since the college season ended, she said she has been working out every day and feels good about where she is at.
“My workouts have been going really well,” Spolyar said. “It has definitely been an adjustment, especially coming out of college – because you don’t have the facilities, your trainers, your recovery stuff that you are used to. Being a professional, you are all on your own for that until you get where you are going. I had to set my own schedule and be on top of things. Been going to Memory Hall every day and working with Jordan Mount.”
Spolyar will report to Switzerland on Sept. 10 and games start the first week of October.
She said when she arrives, it will be fulfilling a life-long goal.
“Always been my end goal, I wanted to get to the top of whatever I am doing,” Spolyar said. “With basketball, I had put so many years into it and have such a passion for the game, that I knew I wanted to continue to play and that was goal all throughout college. But really my junior and senior years, as my college career was coming to an end, I realized I wasn’t ready to give it up.”