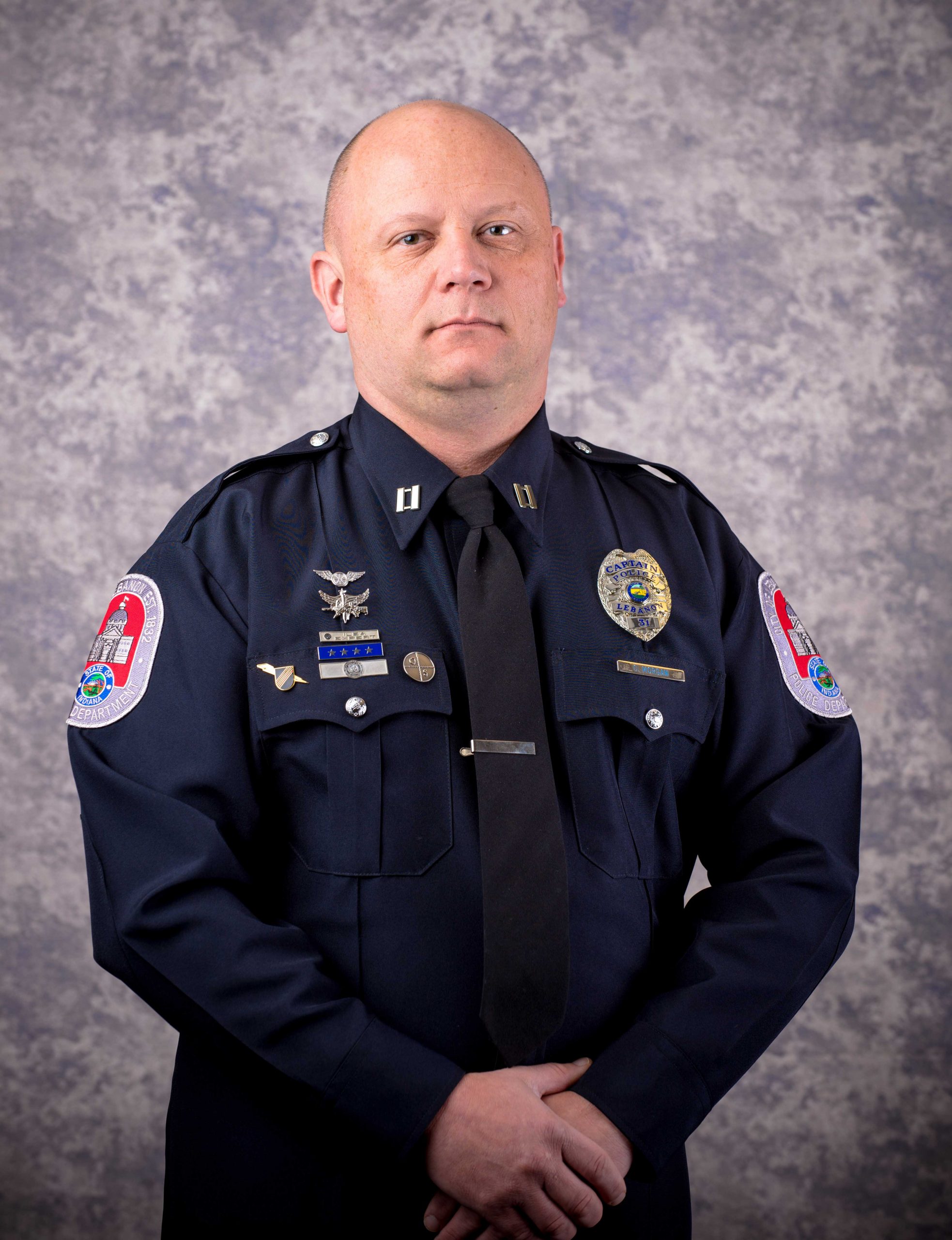 Lebanon, Ind., March 11, 2019 –Mayor Matt Gentry has appointed Chad Morgan to the role of Police Chief. Chief Morgan began his career with the Lebanon Police Department in 1994 and is in his 27th year with LPD.

“I love the Lebanon Police Department and I love this community”, said Chief Morgan. “I feel very fortunate to have been given the opportunity to lead this department, and I am excited to begin this new journey.”

In 2018, Chief Morgan earned the Medal of Bravery, and was named Officer of the Year for his actions on March 2nd, 2018 during the incident that claimed the life of Boone County Sheriff’s Deputy Jacob Pickett.

“I am extremely pleased that an officer as highly respected as Chad Morgan has accepted the role of Police Chief,” said Mayor Gentry. “Chad is someone who has been dedicated to the department, carrying himself with the utmost dignity for nearly three decades. I am confident Chief Morgan will do a great job leading the department and will serve our city honorably.”