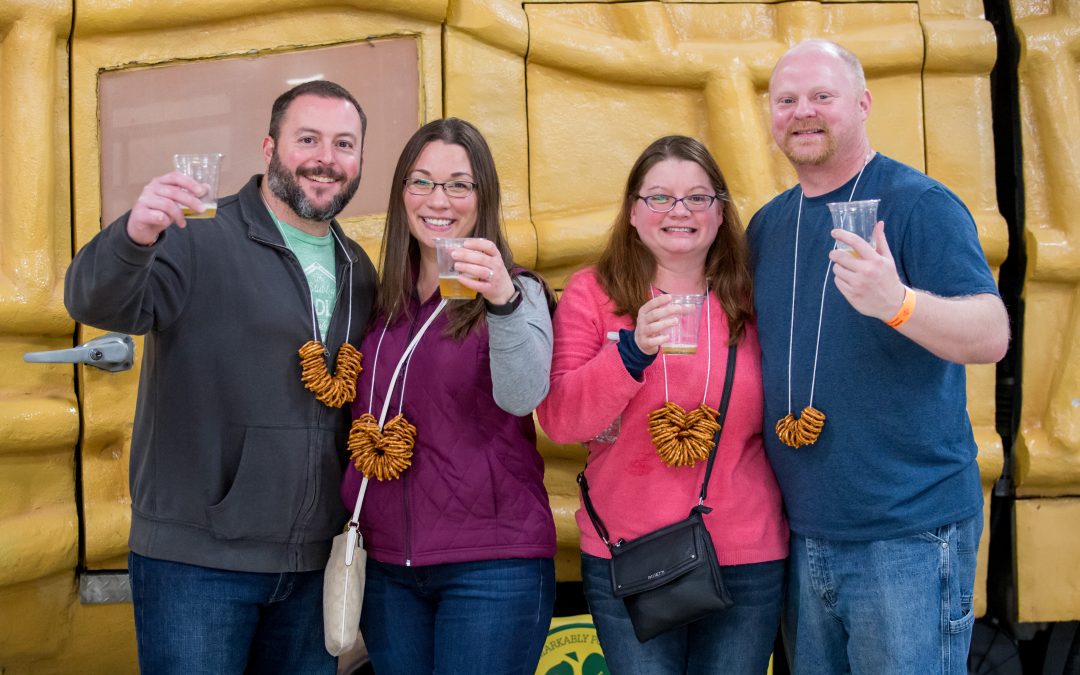 The results are in, and Savor Lebanon 2019 was the most well attended Savor to date! More than 600 people, from more than 40 cities attended the craft beer, wine, food, and music event.

“The feedback has been fantastic — exceptional so far,” Justin Knepp, founder of the sponsoring Indiana on Tap, said. “The attendees had a great time. We are incredibly happy with it and so is the city. We’re excited to bring it back in February 2020.”

Attendees — limited to adults ages 21 and older — received a wristband and a special cup with which to sample scores of distinctive beers, ales, wines and whiskies produced by Indiana artisans.

Brett Canaday of NewDay Craft Mead & Cider, based in the Fountain Square neighborhood of Indianapolis, served perhaps the most unusual offerings of the day in the form of cool canned mead spritzers in flavors of pineapple, ginger hibiscus, lavender lemon and more. Jeremy Hodges of Lebanon tried a few. Hodges was wearing a mini-pretzel necklace, one of many foods designed to pair with beverages at the event.

The event featured a special appearance by a group of traditional dancers from the German American Club of Indianapolis, along with live music and a DJ.

Last year’s Savor Lebanon event drew about 700 people and was conducted from noon to 4 p.m. This weekend’s event ran from 2 to 6 p.m. and Knepp believes attendees liked the new hours.

He had high praise for the venue for its convenience and the use of the two halls that offered two different atmospheres, connected by an insulated walkway.

Knepp founded the media and marketing company Indiana on Tap in 2014 to promote the state’s burgeoning artisan alcohol industry. Indiana on Tap organizes events like Savor Lebanon around the state, working with cities and towns like Anderson, Rushville, Lawrence and Whitestown.

Tickets were $30 online and $40 at the door and a portion of the proceeds will be donated to Boone County Habitat for Humanity.