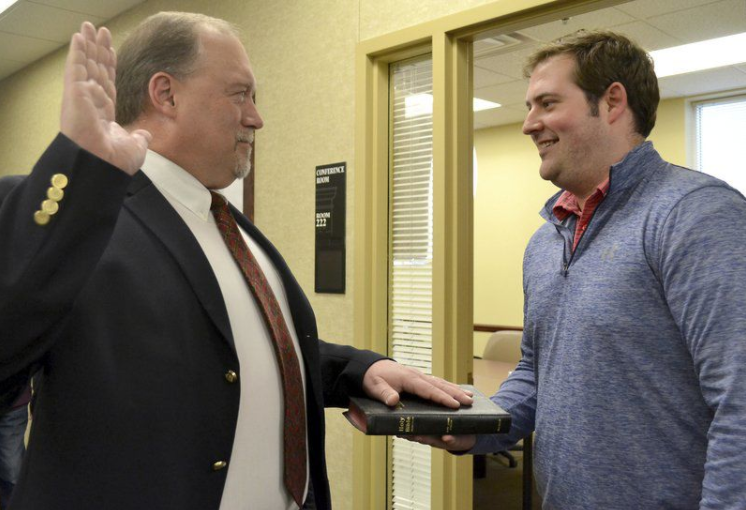 Immediately following the vote, Wheat penned a brief letter of resignation for his position on the Center Township Advisory Board. Mayor Matt Gentry presided over the swearing in ceremony. Wheat and local business owner John Lasley were the two candidates under consideration by the caucus of 14 Lebanon precinct committee chairs. The caucus selected

Boone County Republican Committee chair Debbie Ottinger said both would have been great choices and she hopes to see Lasley continue to be involved. After the vote was announced, Wheat thanked the caucus and said he is counting on each of them and city residents to give him input as he goes forth in the office.

“I’m not the smartest guy in the world. I don’t have all the answers,” Wheat said. “I want to hear from folks. We may not always agree, but I want to hear opinions from the people because that is who I am serving.”